Recap: Drake Kicks Off “Would You Like A Tour” 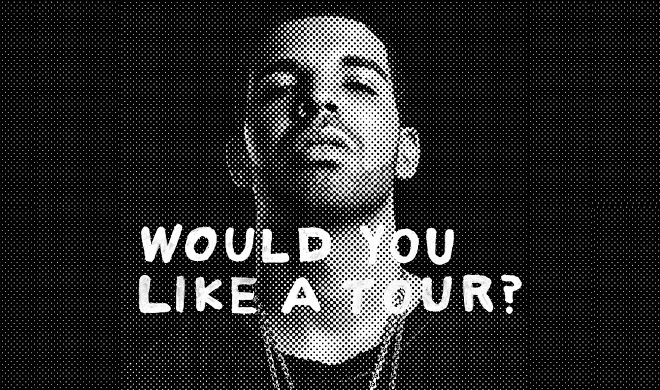 Getting his album to the top; no problem. Building a tour of the same caliber? A slightly different story. While Drake rocked the opening of the tour, the event didn’t come without a few misses. The first being the whole situation between him and Future. Many were convinced that Future would be taken off of the tour set list completely after he was quoted saying, “Drake made an album that is full of hits, but it doesn’t grab you. They’re not possessive; they don’t make you feel the way I do.” Future claims that the quotes were taken out of context but never the less Drake reacted by attempting to re-invite Future on the tour for less money. Future however declined and threatened to sue Drake for 1.5 million in lost wages. The two eventually made up and all was well. The Pittsburgh show which featured Miguel, Future, Jhene Aiko and Wiz Khalifa was a hit. Videos below!

Good stuff, right? Unfortunately for Philly fans, they won’t be able to see the show until December 18th because due to technical difficulties, the Wells Fargo Center show was postponed. The cancellation came an hour after the show was set to start and the crazy thing about it is, it seems as if fellow opener Miguel was completely surprised and caught off guard. At around 8:35 last night, he tweeted, “Man, just found out, unfortunately tonight’s show in Philly is cancelled. Can’t wait to find out the rescheduled date and come back and rock.” You would think he would be one of the first to know but evidently not. Seems to me like there is a lot of miscommunication going on and we can only hope that Drake and co. can pull it together and kill the rest of the tour! The next scheduled date is tomorrow; October 21st in Montreal.