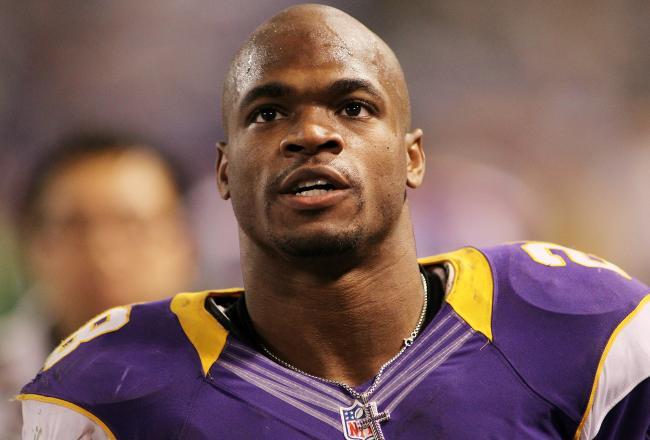 It had been reported earlier this morning that the child of NFL star Adrian Peterson was in critical condition but it has now been confirmed that the infant died after being assaulted by the mother’s boyfriend, Joseph Robert Patterson. Patterson has so far been charged with aggravated battery of an infant and aggravated assault. If convicted on both felonies, Patterson could face up to 40 years in prison and an $80,000 fine. In the wake of the two-year olds death, additional charges are being filed. The boy’s mother is currently not under investigation. It’s said that at about 5:45 pm on Wednesday, Patterson called the police to report that the child was choking. Officers arrived at the scene to find the toddler unresponsive and after being rushed to the hospital it was determined that he had sustained head injuries consistent with abuse.

Soon after the news of his death had broke, Adrian Peterson took to Twitter to thank everyone for their support; “God Bless everyone and thank u so much,” he wrote.

Truly devastating. My thoughts and prayers go out to AP and his family.


That son of a bitch should be hung. How can this happen? where is the mother? didn’t see the sings? no i forgot she is blind.????????