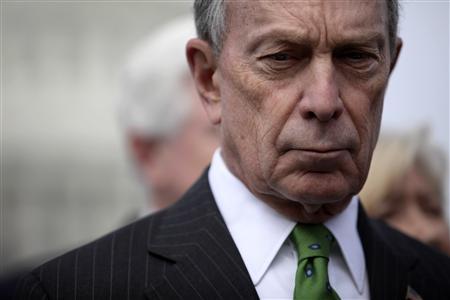 Mayor Bloomberg seems to be rubbing everyone the wrong way on his way out of his mayoral position which ends his three term tenure here in New York City. After the controversial Stop-and-Frisk ruling, the policy was seen as unconstitutional by New York City Federal Judge Shira Scheindlin. Mayor Bloomberg suggested Friday on the The John Gambling show that the residents of public housing in New York should be fingerprinted in order to….. “improve safety”. #thenerve

Mayor Bloomberg and his idea of criminalizing the residents in public housing was definitely met with criticism as his racist comments clearly suggest we go back to the times when minorities were forced to walk around carrying freedom papers. Not goin happen Mr. Mayor.

Although some of his policies have been seen as for the good of the city, he is still beginning to lose most of his political support system. Bloomberg has lost his counsel, leading legislative aide, chief procurement officer among a number of other officials. While most seek to leave the best impression possible for their legacy Mayor Bloomberg seems to be headed in the opposite direction.