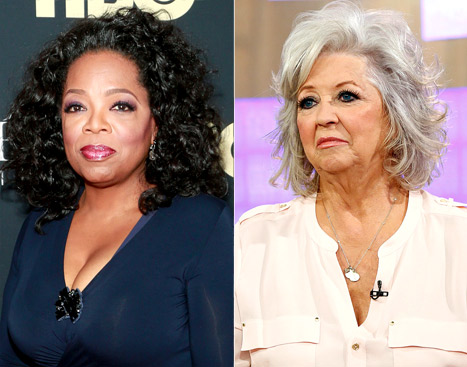 After months of staying silent on the issue, Oprah finally put in her two cents and told Entertainment Tonight, “In the very first days I tried to reach her and then I decided to stay out of it as I saw it blowing up. In time she will be fine. For me, it all just felt kind of sad”.

Oprah befriended the tv personality when she interviewed her for “Oprah’s Next Chapter” in March of last year. Since then Deen has been fired from the Food Network and has lost several endorsement deals. Winfrey soon thereafter; made a statement to Extra, saying “She is not the first white lady to use the N-word! Good Lord!”

Oprah says that while she has experienced some judgment in the workplace, she doesn’t directly attribute it to having to do with race, as “true racism is being able to have power over someone else”. Ultimately; she believes that people need to let the dust settle before having a serious conversation about racism in today’s world.