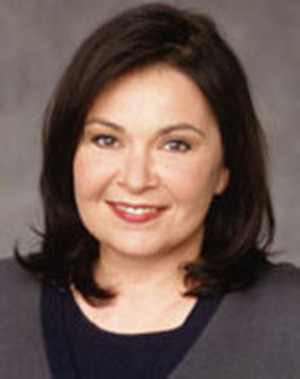 Rosanne Barr just went off on Chris Brown on her own personal blog. Here’s what she had to say:

“chris brown’s lies and excuses make me want to beat the crap out of him…he uses the language of the perpetrator just like every sleazy bastard who ever smacked his wife, kid, mother or girlfriend around uses. you dirty bastard, I hope you go to prison for ten years. IT’S YOUR FAULT, ASSHOLE! as for all the mealy mouthed hollywood and music scene chicks that can’t bring themselves to condemn a misogynistic bully, let me say this: your time as whores for propaganda is ending, bitches.”
DAMN! SHE WENT IN!